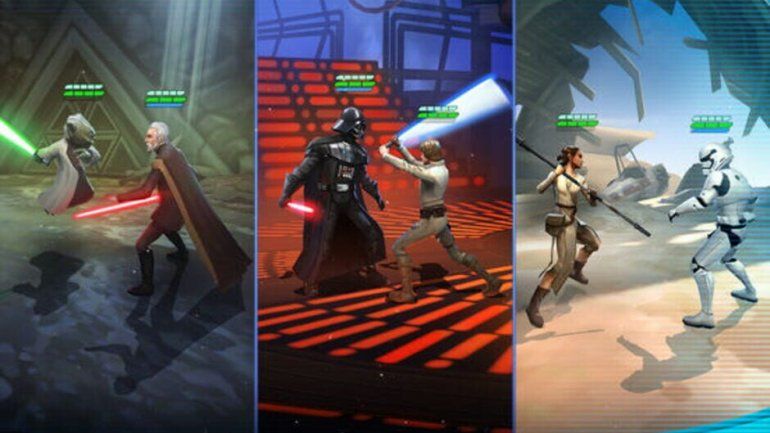 We’ve compiled a list of the best mobile games with their own TV shows, movies, and franchises. While most of these shows and movies were famous first, as you’ll see – that is not always the case.

These days, it seems like every show stands a chance of getting a mobile game spinoff. Look no further than this Desperate Housewives mobile game. One cultural TV phenomenon that we can all agree is worthy of its own mobile game or ten is Pokémon. In 2021, the augmented-reality catch-‘em-all collector Pokémon Go (iOS, Android) should need no introduction. Chances are that if you didn’t play this title yourself, you still will have seen avid players stepping out into bus lanes to try to catch a Squirtle. You may have even had to chase a Charizard-hunter out of your back garden.

Great news for poké-fans, as well as the array of existing mobile games such as Pokémon Masters EX and Pokémon Shuffle, a very exciting looking new Pokémon mobile title is on the horizon – Pokémon Unite.

Let’s face it, the last few years have been pretty brutal on us all. It’s perhaps no surprise then that the next big AR game set to take the world by storm features grislier gameplay than catching cuddly pocket pets. Which is ironic because much like the beloved Pokémon, The Witcher is constantly evolving. It was first a book series published by Polish author Andrzej Sapkowski, then it was a series of award-winning and much beloved PC and console games, then it was a hit-Netflix show, and now it looks set to be an amazing VR experience – The Witcher: Monster Slayer.

What do you get when you combine a beloved prehistoric movie franchise, a Sims-style park builder, and the high-energy battles of arena combat? Jurassic World: The Game (iOS, Android). In this fun, albeit pricey mobile game, players collect, hatch, and evolve over 200 unique dinosaurs. They then prepare their very own Jurassic Parks and challenge opponents to battle. All while discovering movie characters, familiar settings, and an extension of everyone’s favourite dinosaur-based story.

The massive multi-media empire that is Marvel is one of the few cultural phenomena that needs less of an introduction than Pokémon. While they’ve released many hit games across consoles, they have also released an entire smorgasbord of well-made mobile games. Some of the most popular include MARVEL: Contest of Champions, MARVEL: Realm of Champions, MARVEL: Super Fight, MARVEL: Strike Force, MARVEL: Puzzle Quest, and MARVEL: Pinball. And that’s before we even get started on their individual hero titles such as Iron Man 3: The Official Game.

We’ll soon be publishing a review of one of their more recent releases – MARVEL: Realm of Champions – so stayed tuned to our reviews page.

While we’re on the topic of massive multi-media empires with more games, movies, and media than you can keep track of, say “hello” to the Star Wars segment. We won’t list all of the mobile games they’ve released over the years, but we will introduce the most popular and arguably the best: Star Wars: Galaxy of Heroes (Android, iOS). In card-collector PvP arena-combat (as well as a parsec’s worth of other game modes) players can choose their heroes or villains and battle in strategic turn-based combat.

What’s more, Disney are always cross-promoting and die-hard Star Wars fans like us love to see ongoing updates and collaborations with their other projects. So if you want some games to play to get you in the mood for all the new Star Wars series coming out…at the time of writing, Galaxy of Heroes had just received a Bad Batch update. “Punch it, Chewie!”

While most fans were disappointed (to say the least) with The Walking Dead’s later episodes, fans of Telltale’s The Walking Dead (iOS, Android) mobile games were absolutely not. These narrative-based adventure games rose to popularity due to their gritty storytelling, meaningful decision-making, and harsh consequences. It could fairly be argued that they have surpassed the show in reputation, quality, storytelling, and frankly often acting too. Hey, at least the comics are still great.

While the other mobile games listed above may have outlived and surpassed the TV shows and movies that spawned them, Angry Birds is deserving of a very special place in this list because it is the only entry that was first a mobile game and then became not one but two high-budget animated movies. For those of you looking for more catapulting physics-based avian puzzler action, there is now a grand total of seventeen different Angry Birds games. That’s quite the furious flock.

We hope you enjoyed our list of the best mobile games from movies and TV. If we missed out on any excellent mobile game adaptions of your favourite films, don’t forget to let us know. 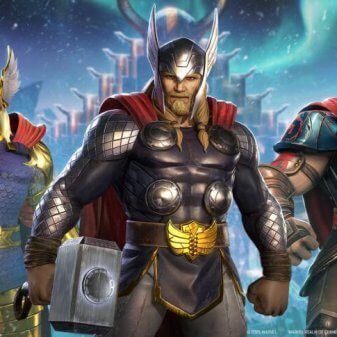 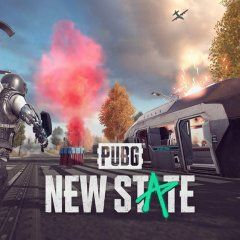