If there’s one thing we all know that Marvel (and gaming) fans love, it’s a healthy dose of speculation. With tasty Easter eggs being the main component of any Marvel fan’s diet, there’s no stopping the deluge of fan theories that crop up with every MCU instalment.

But with the recent dry spell in MCU releases, we’re feeling a little peckish. Thankfully, the recently released mobile Marvel MOBA Marvel: Realm of Champions is here with a very tasty morsel. And you can bet your bottom dollar that we’re going to indulge.

In Marvel: Realm of Champions, players hash it out in real-time, pitting popular Marvel characters from the Multiverse against one another. The aptly named Battleworld is composed of different realms that have been forcibly pulled together into one planet. And as you would expect when a bunch of wildly different strangers are forced to live together, it’s not just Wakanda that’s getting catty.

Battleworld currently hosts eight distinct Houses. And in a recent interview with MMOGames.com, Kabam’s Creative Director Gabriel Frizzera let slip a small hint at the next House to visit the Battleworld: ‘The next House is a cosmic one, with lots of cool tech.’

With this in mind, let’s do a ‘Doctor Strange’ and visit the myriad possibilities. Or, at least, four of them. Because sometimes just a couple of clues is all we need to dive headfirst down a multiversal rabbit hole.

As one Twitter speculator put it: ‘imagine how cool a Warlock (Technarch) House would be’. Well, it would be pretty cool, MisterKing_13. Pretty cool indeed.

Warlock is yet to appear in any mainstream Marvel IP outside of the X-Men and Spider-Man cartoons. But the chances of seeing the techno-organism in M:RoC are somewhat improved when you consider that he is already a part of the Marvel: Contest of Champions roster. But, then again, who isn’t?

The inclusion of Warlock, and the Technarchy race in general, would certainly be one out of left-field. But as extraterrestrial beings made out of technology and sinew, they certainly fit the bill. Their shapeshifting abilities are the ideal canvas for customization. And their voracious appetite for tech makes for a compelling subplot, and an even better motive for war. We bet Stark’s House of Iron looks particularly tasty.

The Technarchy are said to be the creations of the even more tech-hungry techno-organic Phalanx, so perhaps it is they who will lead the new house. And just to add an extra branch to the family tree, the Phalanx were even weaponized by another, more well-known faction. In fact…

The Kree are a somewhat meddlesome bunch. Aside from their weaponisation of the destructive Phalanx, these cosmic creators are also the ones to thank for the Inhumans. Their experiments, typically at the behest of the Supreme Intelligence, have had long-lasting implications across the galaxy. And they’ve got some pretty sleek tech to perform them with, to boot.

Of course, their direct link to Captain Marvel – be it Kree-born Mar-Vell or Kree-infused Carol Danvers – gives rise to a suitable and particularly formidable Champion. MCU fans have already seen what Captain Marvel is capable of. So good luck, other Champions.

And we can only imagine what effect facing off against a so-called ‘Supreme’ intelligence would have on Stark’s ego.

Remember when we asked who wasn’t part of the Contest of Champions roster? Well here’s your answer. Unless you count the alter-dimensional Hyperion. But there’s probably a good reason for that – and it’s currently slated for release in November 2021.

With their very own standalone movie in the works, it’s a pretty safe bet that we might be seeing some Eternals action in-game around the same time. And with hype at an all-time high, a double Eternals tie-in for Contest and Realm would make a lot of sense.

As for their credentials – the Eternals are cosmically prolific. With bases on Titan and Uranus – not to mention the Kree and Skrull Eternals – their influence is interplanetary. And of course, they’ve got some pretty sleek tech, too. Just take a look at this spaceship that visits early humanity in the Eternals trailer above.

We suppose that being basically immortal gives you plenty of time to think up some pretty cool gadgets.

Perhaps the biggest clue to the arrival of everybody’s favourite ragtag team of vagabonds is the presence of Groot in the M:RoC cinematic trailer. Only this Groot, King Groot, is not nearly as lovable as our favourite walking tree. He actually has nothing to do with the Guardians, hailing from an alternate reality where he’s more warlord than well-wisher.

In spite of that, several factors work in favour of King Groot and a Guardians themed House. For one, seeing this hulking alternate version of Groot isn’t nearly as weird as seeing him without his furry friend, Rocket. We’d be shocked if it turned out that King Groot wasn’t still in some way tied to the rambunctious racoon. And as we already know, the multiverse works in mysterious ways.

Rocket Racoon is a genetically and cybernetically enhanced racoon, which implies that what happened to him could happen to any racoon. He hails from Halfworld and his penchant for tech (‘I’ll get that arm’) rivals that of the Technarchy. In that respect he ticks the ‘cosmic’ and ‘tech’ boxes handily.

The roles could even reverse – with King Groot’s morphing abilities opening up plenty of customization options. Might we see a King Groot leader with an attack/support focused Rocket Raccoon platoon? Or a Rocket Racoon leader with some tanky King Groot troops? Time will tell, but this one is where we’d place our bets.

Whatever the results, we can rest assured that the next addition will bring even more juicy stories to indulge in. In the same MMOGames interview, the directors’ passion for telling a coherent and engaging story was evident. And after the great Marvel drought of 2020, we can’t wait to soak in the juicy lore that this next House will bring.

Download Marvel: Realm of Champions for free on Google Play or the App Store. 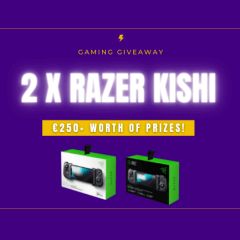