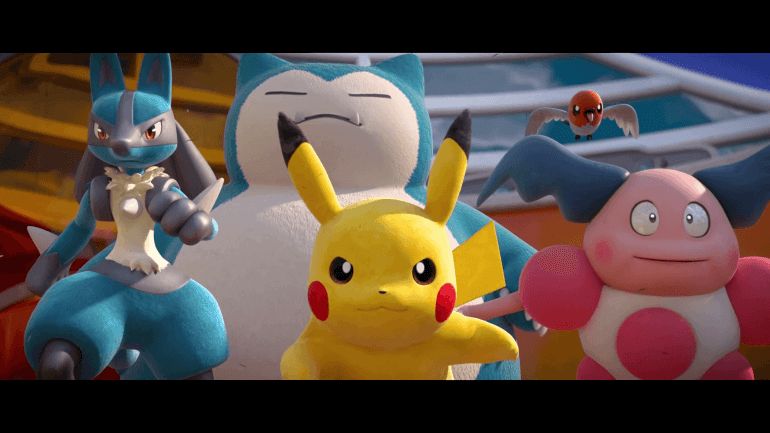 Pokémon is the gaming franchise that just keeps on giving. For many of us, the Pokémon Gameboy games were the first handheld gaming experiences that really held our attention (by which we mean that we were totally and utterly addicted to them). Over the years, the Pokémon Company have released dozens more games – the majority of which have been of excellent quality. Though as time passed, the audiences for Pokémon games became more and more niche and, at least in the western market, were largely played only by die-hard Pokéfans. Then, along came Pokémon Go and once again the world was in love with pocket monsters.

Well, Pokémon Go is far from the only Pokémon game that fans can enjoy on their mobiles, because we’re delighted to share the news that upcoming strategy team battler Pokémon UNITE is not only coming to both mobile and Nintendo Switch, but players on both devices will be able to battle alongside or against each other using Pokémon Unite crossplay.

But wait, there’s more! Players who log-in using their Nintendo Account or Pokémon Trainer Club account will be able to use their existing game data on any device. So even if you’ve left your Nintendo Switch at home, you’ll be able to play on the go on your smartphone and then return home, log-in, and seamlessly play on your TV using your Switch.

The Nintendo Switch edition will be released as soon as July. Mobile gamers will have to wait a little longer to be able to join them, with the mobile version of Pokémon UNITE expected to be released in September this year.

If you’re not yet excited about Pokémon UNITE, well we think you should be. To whet your appetite we have two suggestions for you. Firstly, check out the current roster of available Pokémon, including fan favourites from multiple generations that you’ll be able to take into the awesome 5v5 battles. Secondly, check out this ace trailer to really get a feel for the new title. It’s a nostalgia overload.