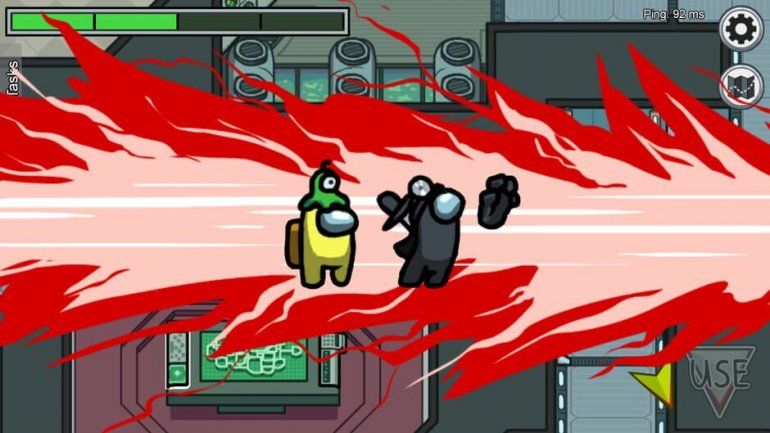 When it comes to mobile gaming, you needn’t break the bank. Dropping a pocketful of cash can be worth it when it means you can enjoy a polished title from start to finish, free from the annoying ads that you will accidentally tap on at some point during your playthrough. However, as many a spendthrift mobile gamer has found, those in-app purchases (or IAPs) will creep up on you. Then, before you know it, you’ve dropped enough cash on a simple mobile game to buy yourself a next-gen console. Oof.

There are plenty of high-octane free-to-play mobile time-killers on the market. And while it’s not to say that the majority aren’t wildly good fun, many carry a price tag in the form of ads. Not so with PewPew, a neon-soaked arcade shooter that is both a time machine headed straight for the 80s and a rip-roaring fresh take on a beloved game formula.

As extra value for no money, players can enjoy five wildly different game modes from classic Asteroids to the aptly-named Pandemonium. With leaderboards for those with a literal score to settle, a pumping soundtrack, and a particularly high frame-rate, this really feels like a game that should at least be making a bit of cash from product placement. But, luckily for us, it doesn’t.

Developer Jean-François Geyelin is now pouring their efforts into PewPew’s successor, PewPew Live, which they describe as their ‘Sistine Chapel’. Once again, it’s an ad-free F2P mobile romp with added multiplayer functionality and even sleeker graphics. We don’t know how they’re making their money, but we’d recommend jumping in on this PewPew passion project while you can.

You could say that Stranger Things: The Game is a truly ad-free IAP-free mobile game were it not for the fact that the game itself is one big ad. However, not only does the game’s quality absolve it from that sin, but willfully downloading and playing a game exclusively about the hit Netflix series kind of implies that you’re already sold. But if this is what being played feels like, then go ahead and call me a piano.

Set between the events of Seasons One and Two, players assume control of the series’ protagonists and progress through six chapters. The game’s mechanics and 16-bit art style are intentionally reminiscent of The Legend of Zelda: A Link to the Past, with exploration, enemies, collectibles, and plenty of 80s references all thrown into the mix.

It’s a wickedly smart game improved only by the fact that the tie-in title is way better than it has any right to be. The F2P mobile title was developed by Bonus XP in under a year with quality assurance provided by the design teams’ families instead of professional testers. Luckily for everybody involved, this shot in the dark was a direct hit with the fans.

Hearthstone has become a multiplayer and esports sensation, drawing from the wildly popular Warcraft lore and turning it into an addictive and highly-competitive card game. Those familiar with Blizzard will know just how adept they are at creating these time-swallowing titles.

Released on iOS and Android in April and December of 2016, respectively, this free-to-play title follows a non-predatory freemium model. By winning matches and completing quests, players can earn new cards for their decks and gold to purchase new cards. But as is the case with most competitive card games, it’s not the size of the deck that matters – It’s how you use it.

As the saying goes: a bad workman blames his tools. But luckily for us, Hearthstone provides all the tools we need for card-based supremacy. Despite what rage-quitters and sceptics may have you believe, Hearthstone can be won without spending a penny. Far be it from us to relay the know-how of reigning champs – but we’ll let the so-called ‘F2P challenge’ do the talking.

Niantic’s augmented reality exploration game Pokémon Go is impervious to P2W accusations for one simple reason: there’s nothing to win. Except for pride, of course. Aside from the self-imposed challenges that more hardcore Pokémon Masters may adopt, the game has found universal praise for how it can be played (and, more importantly, enjoyed) without spending a penny.

While it certainly is not the only game that affords a ‘patience over payments’ approach, players aren’t required to wait until they’re turning grey to progress. With the widely lauded aim of the game being to set out and explore, players can find their pockets stuffed with all the necessary gear should they visit (and re-visit) the PokéStops that litter the map. These stops will regularly restock, but should you find that you’ve exhausted their reserves (or your legs), then levelling up, completing research tasks, or receiving gifts from other players are readily available alternatives.

No matter how you spin it, Pokémon Go is one of those titles that really doesn’t require a purchase. But you’ll end up loving it so much that you may feel sorely tempted to show your support.

Among Us (iOS & Android)

For so many, Innersloth’s silly social deduction game couldn’t have come at a better time. Discounting the fact that it was released two years prior to its astronomical surge in popularity, of course. As a platform for locked-in loved ones to reconnect through spirited subterfuge it somehow surpassed even well-established social games like Fortnite as a means to unite a socially distanced world.

With everyone from gamer kids to technophobic grownups jumping in on the simple yet oh-so-effective gameplay, Among Us stands as a cultural phenomenon that was just as much a defining feature of 2020 as the event-that-shall-not-be-named.

To introduce any paid features beyond a cute pet or silly hat would categorically dismantle what this game is about. After all, we reckon Innersloth will be subsisting off Among Us merch sales for years to come.

So there you have five of the best free mobile games available. While other titles may make it almost unbearably tempting to spend a little to get ahead, you can feel safe in the knowledge that these top-tier titles won’t force you to dip your hand into your wallet. And when a game is both nifty and thrifty, it’s hard to say no. 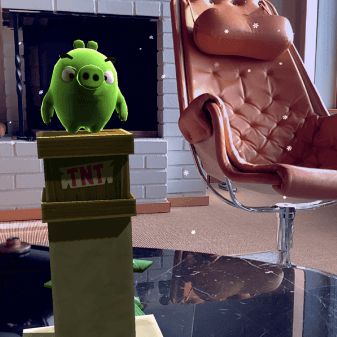 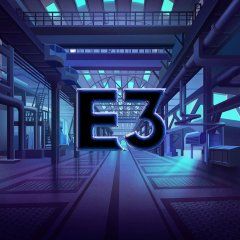