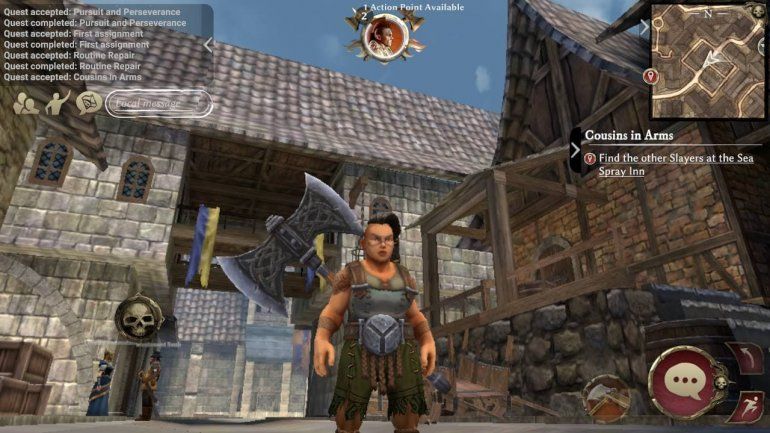 Warhammer: Odyssey is one of those mobile games that makes you shake your head in disbelief. Since playing MMORPGs back before World of Warcraft was a thing, on my old clunker of a PC, it’s fair to say that at the time no one in their right mind could ever have considered playing much more than Snake on a mobile phone. Warhammer: Odyssey shows just how far we’ve come!

Warhammer: Odyssey has so far delivered me exactly what I love in an MMORPG. A rich high-fantasy setting (in one of the greatest universes ever created no less), classic quest structure, a very successful and intuitive take on the staple tab-targeting combat system, all the quality-of-life trimmings of modern MMOs, meaningful builds and character customization, beautiful visuals, and a clean implementation of movement that caters well to the mobile MMO genre.

Can you tell I am enjoying myself, yet?

This won’t be a full review of the game, because reviewing an MMO takes a lot of time, as you can hardly take in the full scope of the game with only a few hours of gameplay, especially with a game as vast as Warhammer: Odyssey. This is just my first impressions of a mobile MMORPG that really may take the genre on the mobile platform to the next level. But rest assured that a full review is coming soon!

With a lot of MMO games today, there’s an air of casual hand-holding that takes place and this is used to get more new players into games. As someone who tries a lot of MMOs, being given clear tutorials and guided experiences in the early stages of the game often is a positive to me, so I can understand the base mechanics fast (granted most MMOs are following a common structure these days) and not get bogged down with having all the game unceremoniously dumped in my lap with a “you figure it out” attached.

Warhammer: Odyssey is gentle to new players, providing a clear and directed path to understanding what the game is, how it works, and what to expect going forward. You can tell they’re looking to rope in not just MMO nerds such as yours truly, but players who are new to the genre. Players who probably never played an MMO on the PC, yet have a smartphone that has far more power than it knows what to do with, and these days, far more time to boot.

That being said, in the first hour or so I died twice. I think the complacency allowed in almost any other MMO had seeped its way into my being, and I actually cried out loud when I was gleefully cut down by Marcus the Firebrand, an early level ‘boss’. Warhammer: Odyssey will not be as casual-friendly as I had assumed it seems, but as a player of MMOs since before World of Warcraft was a thing, then I was ready to take on the challenge.

Warhammer: Odyssey is a game that requires you to be invested, with no auto-play (a mechanic where the game simple plays itself and you just observe it) like a lot of mobile MMORPGs today, and while the developers had suggested they would “prefer to stick to cosmetic and quality of life options rather than being able to directly buy things like armor and weapons”, a patch released on May 5th actually introduced elixirs to the game, where you can boost stats by a certain percentage for 15 minutes, giving paying players an edge over non paying players.

However, given that the game is Player vs Environment (PVE) focused, this may not be a huge burden to the playerbase, but it could suggest that more pay-to-win options are on the horizon. Understandably a company needs to generate revenue for the investment, but they may have more success and acceptance from their playbase by pursuing more purchasable cosmetics, as opposed to potions that boost stats. Time will tell on that front.

Will Diablo on Mobile Be Diablo Immortal or Diablo Darn Awful?

As the team at MobileGames.com spends the next couple of days/weeks playing Warhammer: Odyssey, a clearer picture of what the game will mean to the mobile MMO genre will take shape, but it’s certainly got promise. The game has been out for a few months already, but it’s hard to see where the playerbase is at beyond a very active discord, as there’s not a huge amount of fanfare online about it.

So will Warhammer: Odyssey become the next big MMO for mobile? That all depends on the competition, as games like Adventure Quest 3D continue to grow, and old favorites like Old-School RuneScape maintain their fair share of the mobile MMO playerbase.

Nevertheless, the market continues to grow and with it comes new players, so there’s always going to be new users looking for a hard MMORPG that they can play on the go. If that’s what they’re looking for, then Warhammer: Odyssey might just be the right choice. However, if players are looking for a fantasy game that’s a bit more hands off, then perhaps check out our list of idle fantasy games to get you through the day instead! Ragnarok Origin is Coming to Mobile – Here’s how to Pre-register! 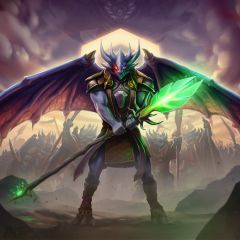