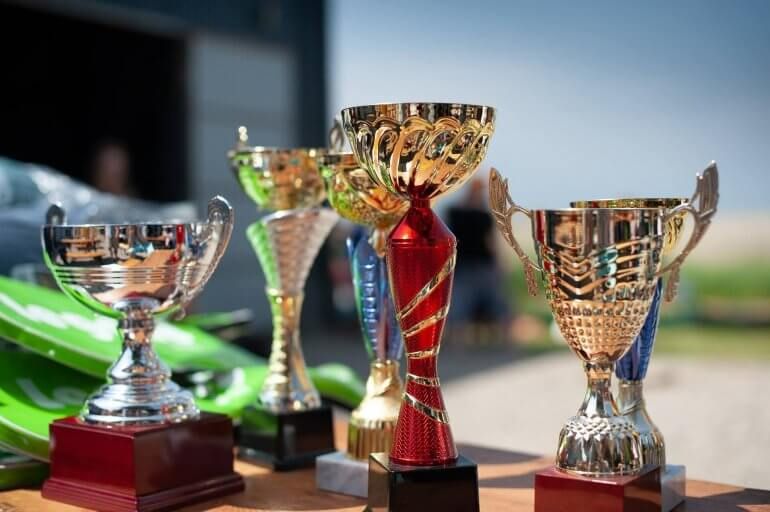 These days, there are so many incredible mobile games in the app stores that finding a new one can feel overwhelming. We all want to spend our time playing the best of the best mobile games, but who decides which those are? Critics and fans have a complicated relationship. But it’s a darn good sign when a video game boasts multiple commendations across an array of award categories.

That’s the case with the multi award-winning mobile games in this list, each with their own Scrooge McDuck pool of gaming awards. Whether it’s Best Game, Best Sound Design, Best Art Direction or Most Innovative (to name a few), we took a closer look at the award-hoard that popular mobile games have mustered from the internet’s most prestigious award ceremonies. Then we measured the biggest pile to determine which games have the most awards. It’s simple science.

So whatever it is that floats your boat when it comes to a video game, we’re going to let the bulging trophy cabinets of these critically acclaimed mobile games speak for themselves.

It’s probably not surprising that the augmented reality game that everybody asked for has made this list. What’s more surprising, however, is that it’s the only mobile-exclusive title to make it here. Meaning this genre-defining paragon has managed to hold its own against its multi-platformed peers and win more than just a few Best Mobile Game awards.

One word that everyone associates with Pokémon Go is innovation – which is probably why it scored so many ‘Innovation’ nominations, including an Innovation of the Year win from the Golden Joystick Awards. More impressive still, it managed to score some Best Game trophies in the same year that spawned Dishonoured 2, Overwatch and INSIDE from Uproxx and BBC Radio 1’s Teen Awards.

Sure, Radio 1 may not be the foremost authority on gaming – but an award is an award. And besides, it took home Best Mobile Game from bona fide authorities like the Webbys, IGN and SXSW. Plus, it got millions of people worldwide off their butts and out into the big wide world, all in the hopes of catching a Squirtle or two. And for that reason, we’d argue it really was the best game of 2016.

Atmospheric puzzle platformer INSIDE has been widely lauded as a worthy spiritual successor to LIMBO, developer Playdead’s breakout title of 2010. Much like its predecessor, INSIDE released to critical acclaim for many of the same reasons. As the saying goes: ‘If it ain’t broke, don’t fix it’ – and in this case, it only got better.

The 2.5D graphics upon a bleak, mostly monochromatic backdrop are a delight to behold. Working in tandem with its sparing use of sound and ominous musical cues, Inside brings a tension that could almost be cut with a knife. Its initial release onto Xbox One back in 2016 was swiftly given a PlayStation 4 port, followed by an iOS release in late 2017. Finally, mobile gamers could indulge in the spectacle.

INSIDE was graced with nominations for everything from Art Direction right up to Game of the Year from the likes of D.I.C.E, the Developer’s Choice Awards, and the Golden Joysticks. The Game Awards saw INSIDE run away with Best Art Direction and Best Independent Game, while it also won big at the 2016 British Academy Games Awards – with prizes for Artistic Achievement, Game Design, Narrative, and Original Property.

So, if you’re looking for a beautifully atmospheric platformer for your pocket – INSIDE would be a fantastic place to start.

While battle-royale royalty Fortnite may be the most controversial game to make this list, the throne of accolades (and money) that it sits upon speaks to its critical success. More than just a cultural phenomenon that somehow spawned multiple dance crazes, Fortnite still stands (while flossing) as a quality game in its own right.

Bringing home a number of Best Ongoing Game awards since its arrival in 2017 may have helped it climb the ‘most award-winning mobile games’ ladder, but it still dominated in the Competitive, Multiplayer, and even Best Game categories. Funnily enough, it also joined Pokémon Go as a Best Game winner from Radio 1’s Teen Awards. But that’s hardly surprising.

While it earned nominations for Best Mobile Game in the IGN ‘Best Of’ Awards, the BAGAs, and The Game Awards, among others, Fortnite’s success was largely down to its competitive gameplay. In fact, it lost its Best Mobile Game title to arch-rival PUBG Mobile at the Joystick Awards. But then Fortnite scooped up Best Competitive Game and Ultimate Game of the Year at the same event. Awkward.

Fans of the once-hopeless adventure game genre owe a great deal of gratitude to Telltale Games’ legendary Walking Dead series. In an industry that has been increasingly dominated by modern RPGs since the days of video game grandfathers like Zork and King’s Quest, The Walking Dead and Telltale Games have almost single handedly reanimated the genre. Kind of like a zombie. But a beautiful and highly entertaining zombie.

Taking place in the same fictional universe as the comic, the game centers almost exclusively around character development. As a champion among games whose choice-based narratives actually carry weight, Telltale moulded the shape of successive chapters around the choices made by the players in the previous chapters. That’s some meta-level gaming that not even The Witcher could hope to replicate.

The Walking Dead even managed to take home more Best Game awards than any other on this list, standing as the reigning champion of 2013 with 74 wins according to ‘Game of the Year’ aggregator, Gameawards.net. Not to mention its Best Mobile Game win at the British Academy Game Awards. To think that a video game that hones in on just one element of video gaming, but does it so well that it beat the likes of Mass Effect 3 (which is also praised for its choice-based elements) in the most awarded department speaks to what a mobile game can really achieve.

Revolutionary indie adventure game Journey is a relatively new recruit to the mobile gaming platform. So you’d be forgiven for thinking they cheated their way here. But with its utterly breathtaking visuals – especially by 2012 standards – it’s no surprise that we had to wait so long for mobile tech to catch up. And while the ability to carry this groundbreaking title in our pockets is fantastic news for us – it’s not so great for the competition.

As the very definition of an ‘indie darling’, it captivated critics upon its release onto the PlayStation 3. But more importantly, it captivated a lot of judges on the awards circuit. Journey is one of those award-winning mobile games that scored wins in multiple categories including Art Direction, Innovation, Online Gameplay, Sound Design and, of course, Best Game. Cast your net wide and you’re bound to get a catch – and Journey’s net was particularly huge.

In 2013, Journey managed to carry home eight trophies from the D.I.C.E. awards alone, as well as six from the Developers Choice Awards and another five from the British Academy Game Awards. We wonder at which point the dev team decided that it was probably best to bring a wheelbarrow to the next event.

So there are the most award-winning mobile games available today. Of course, there may be some that you disagree with. But as long as these highly commended mobile games and their developers continue to woo the critics with their arty graphics, hypnotic soundscapes, and innovative mechanics – there’s sure to be more where that came from. 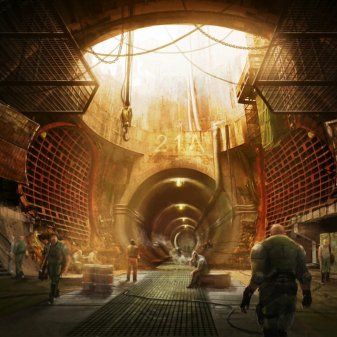 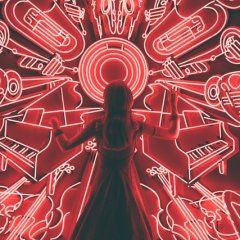