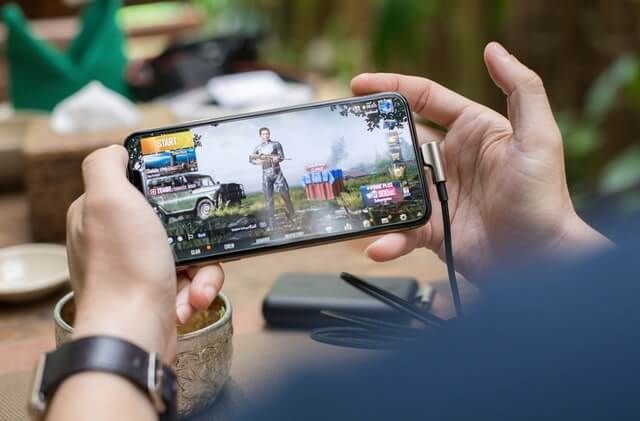 Mobile Gaming Lifehacks That Will Level Up Your Gaming Experience

Are you looking to be the best mobile gamer around? Are you searching for tips and tricks to enhance your mobile gaming experience? Perhaps you’re fed up with your phone battery dying mid-game. Fear not, friends – we’re here with all the mobile gaming hacks you’ll ever need.

Now here’s a clever move that you’d be a fool to miss if you want to be a competitive mobile gamer. One of the most clever and simple mobile gaming tricks for any real-time mobile game is the purchasing of an external controller. While controls for mobile games have been coming along leaps and bounds in recent years, phones are not primarily designed to game upon. Even mobile phones that are marketed as gaming phones cannot compete with a console controller or keyboard.

These days, there are plenty of external controllers based upon the most common PlayStation and Xbox controller button setups that mobile gamers will likely feel right at home with. Rather than cramming their fingers onto their touchscreen to navigate and use abilities, with a mobile gaming external controller, players’ only restriction on performance is their own skill.

In a similar move that will also give you a crucial edge over your opponents, attachments can be bought which, instead of replacing your phone with a controller, will turn it into one. Whether they’re competing in a real-time strategy game (RTS), a first- or third-person shooter (FPS, TPS), or a Multiplayer Online Battle Arena (MOBA), any serious gamer knows that every second can spell the difference between life or death, glory or defeat.

By essentially transforming your phone into a mobile gaming rig, these gadgets turn a standard phone into a device akin to a Nintendo Switch complete with joysticks and depressible buttons. Depending on where most of your gaming experience lies, it may well be more advantageous to opt for this handhold console style setup over an external controller. If you really want to reach your full potential, then buy both and test out which you’re getting better results with. Either way, we have little doubt that you’ll see drastic improvements compared to gaming on a non-augmented smartphone.

With both these devices and external controllers, handy carry cases that fit all your devices are generally available for purchase separately or in a bundle.

Play on a Tablet

Controls are not the only advantage you gain from gaming on a console or PC; screen size is really important in a lot of games. Consider how much more you can see with clarity while playing Fortnite on a 50-inch plasma screen compared to a 4-inch smartphone. While there’s only so much that you can do about that when you’re gaming on a move, there are still solutions. One of which is to buy yourself a tablet. While not exactly an IMAX theatre in your pocket, a tablet screen is on average twice the size of a mobile screen, theoretically therefore doubling the chances of seeing threats and opportunities.

And if you can’t justify the purchase of a tablet just to satiate your gaming needs, then next time you’re in the market for a new phone, consider buying one with a large screen. After all, plenty of smartphones are now as big as the smaller tablets anyway, just make sure it still fits in your pocket!

So, what if you’ve upgraded to a tablet, you’re using your external controller, and yet you’re still getting your butt kicked by 12-year-old Fortnite players on console? Frankly, when you’re playing cross-platform games and you’re the one on a smartphone, if that game isn’t turn-based, then you’re likely at a disadvantage.

Fortunately, many game developers are aware of the risk of disadvantaging players on smaller platforms and factor that into their multiplayer experiences. While this isn’t available in all cross-platform games, a lot of games provide an option in the lobby settings to only play against players on your platform. Sometimes these single-platform servers are obvious, whereas for others they are hidden away in the settings menu. While we can’t promise it’s going to give you that Fortnite win you’ve always wanted, it will at least ensure that the odds aren’t more stacked against you than they need to be.

Try out an Emulator

Another way to play mobile games with a more powerful gaming setup than a mobile phone is to use a mobile-to-desktop emulator. An emulator essentially allows you to use mobile apps, be they iOS or Android, on a desktop computer. We needn’t spell out the competitive advantages of having a full-on PC setup to play a mobile game, suffice to say your opponents won’t know what hit them. Is it cheating? Well, that depends on who you ask. But we won’t tell if you don’t.

In addition to providing you with a competitive edge, many players just enjoy gaming more on a PC, and not all mobile games have a desktop equivalent. Apple even have their own emulator XCode for iOS. And for a selection of Android emulators, you can check out this TechRadar article.

Perhaps winning at competitive games isn’t your priority, and instead you just want to prolong your gaming sessions to keep the fun going. We have a couple of great suggestions for getting the most out of your phone’s battery life.

Firstly, try carrying around a portable phone charger, also known as a power-bank. Consider it like a reload when you need it most. Secondly, and this one doesn’t cost a penny – switch your phone to aeroplane mode when you game. Never mind mobile gaming lifehacks, it’s just a fantastic smartphone lifehack in general. Switching a mobile phone to aeroplane mode massively increases battery time, and these days many phones allow you to still connect to Wi-Fi while it’s on. Furthermore, did you know that charging your phone on aeroplane mode will make it charge much faster? You’re welcome. 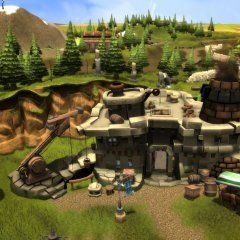