Summoners War: Sky Arena is celebrating its seventh anniversary in style. The massive fantasy RPG which boasts over a million daily active users, is not only bestowing players with hundreds of gifts and rewards but is launching a special in-game charity event to help protect endangered marine life.

To help players revel in the Summoners War: Sky Arena anniversary celebrations, Sky Arena players will have the opportunity to receive 100 gifts. Yes, you read that right – one hundred. These gifts are earned through in-game tasks, “7 Amazing Events” and login rewards.

Furthermore, players longing for a bit of nostalgia can take a trip down memory lane with Ellia for even more rewards. Players can earn up to 100 gifts and 10,000 points per week until July 12th. For more info on this anniversary event, check out the full details.

With gifts like that dished out for people who join their anniversary celebrations, it’s no wonder they’ve had over 2.6 billion log-ins.

The “Pearls of Love” Charity Event

Summoner’s War are also launching an admirable charity event with the assistance of the Korea Green Foundation. Proceeds will go towards helping seven beloved but endangered species of marine animal: the green sea turtle, the manta ray, the dugong, the Irrawaddy dolphin, the whale shark, the seahorse, and the humphead wrasse. To help with this excellent cause, players can participate in the in-game event by participating in select Scenario, Cairos Dungeon Arena, Guild, and Rift Raid missions. Sky Arena will support the campaign until the end of the year or when 50 million Pearls of Love are collected.

Here at mobilegames.com, we love sharing the best and the worst of the world of mobile gaming. If you enjoyed this content, be sure to bookmark our website and follow us on  our new Instagram channel. 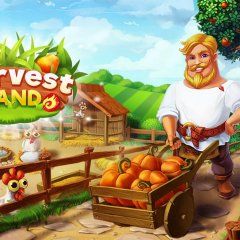