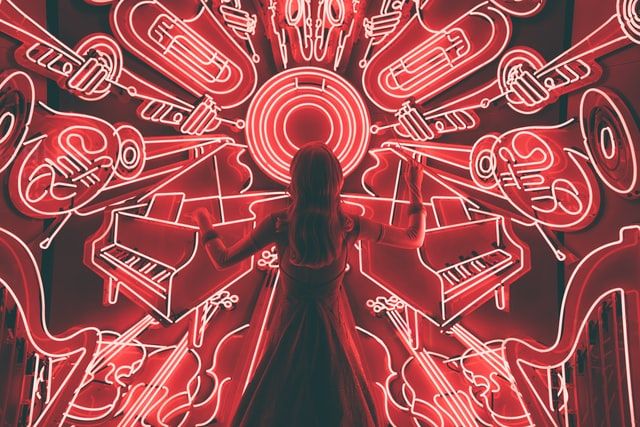 Rhythm games could be considered a competitive sport. Most times you will start on your phone, but two thumbs will only get you so far. That’s when you see the pros, playing on tablets with they take it a to a whole new level, by playing with two hands or even with one. Then there’s this guy, making it look easy.

Something to know about rhythm games is that they are usually quite weighty, not only when you download it the first time, but also thanks to regular new content or music packs. This is not the type of game you want to download when space is limited.

And there is way more to it than the many iterations of piano tiles you find on the app stores.

Cytus is well a well-known player in the mobile rhythm game category. The mechanics are simple, but a little trickier to execute. Notes appear all over your screen, you tap the notes when the time bar slides across the notes. It looks overwhelming at first, but after a couple of songs you get the hang of it, the difficult part is registering when notes are active or inactive in the chaos.

Cytus is free, but to play any song you have a 30 sec wait – of which approximately 15 secs is an ad, and the rest is staring into the distance. This is annoying of course, and they strongly encourage users to purchase the full version. Having a free base game with a couple of paid music packs is not an unusual model, especially if it means good new content and collaborations with artists. The total song library boasts 200 songs, including music packs, which costs between $3.99-9.99 per pack.  The variety of songs is good, so you won’t get bored with music that is too similar. Since 2019 there is no new content planned, as they released Cytus II in 2018. The most difficult song in Cytus is Freedom Dive, so get practising.

Rayark, the developer of Cytus, also have a couple of other rhythm games in their portfolio that’s worth checking out like VOEZ and Deemo

Playing this for the first time and it stands out. It’s the latest game on this list and it keeps you on your toes thanks to unique gameplay mechanics. Similar to most rhythm games, the notes fall to a time bar, or a judgement bar, as the call it in Phigros. What is unique is that your time bar moves, therefore it might start rotating during a song, or notes might come from different directions. And to add additional complexity, you might have multiple time bars.

The best part of Phigros it’s 100% free, no ads or IAPs. You unlock new songs by using in-app currency called ‘data’ which is collected after each game you complete. Unlike some of the other apps that have more than 100 songs, Phigros only has 25 (at the time of writing). Hopefully it means that there will be more available in the future. For a game where the base experience is this good, I wouldn’t mind paying for music packs. Or as a reviewer on the Play Store suggested, adding a donate button, so that we can keep the developers in business. If you think that you have superior dexterity, try out Igallta.

Arcaea is well-known for being one of the harder games to master. It has a four-lane system, with notes dropping down to your time bar. A unique mechanic is the ‘air notes’ which starts at a different point than the normal notes. There is a lot of extra functionality in the game, but you are required to create an account to access these features, like upgrading you game ‘partners’ for example.  While playing on the free version I don’t remember getting ads, which was a relief after being bombarded in Cytus.

There are 160 songs in the roster, some which could be bought with in-app currency called memories or unlocked with significant gameplay. Like a lot of the rhythm games out there, there is a strong Japanese anime aesthetic.  There are also regular content updates which makes it worth it. The music is pretty standard, from the couple of songs I played there wasn’t much that stood out. It might be that I didn’t play enough songs, but they sounded too similar for my taste. The most challenging song in Arcaea is Nhelv, if you feel like a challenge.

When first introduced to this game, I was obsessed with it for about a year and a half. I would put on my headphones and play a couple of games in bed. After a while my phone couldn’t handle it anymore, and the notes also got horribly out of sync. That’s when the time came to retire my Live Love habit.

I fired it up again when writing this article, but sadly, I still had similar issues, and no real solutions. Admittedly I spent significantly less time researching trying to fix it, this time around.

With an accompanying Anime, Love Live follows a group of girls becoming idols and taking part in festivals to become the best group there is. The mechanics are simple in comparison to some other games, like Arcaea for example, where you tap circles when it aligns with one of the idols. There is a gachapon mechanic, which doesn’t make it surprising that this was the game where I made my first in-app purchase. Like a lot of other games using the gacha mechanic, it’s not necessary to advance in the game but it helps getting those elusive seasonal characters to maximise your group.

Although the game hasn’t aged well you can still check it out, and try your hand at Nico Puri, which is one of the hardest songs out there. (Although my heart belongs to After School Navigators thanks to the heavy guitars and drums.)

So, if you are ready, get yourself some earphones, a decent sized phone or tablet, and some finger push-ups to warm up. We do not accept any responsibility for injuries caused by rhythm games. If you are ready for something a little less strenuous, check out these puzzle games. 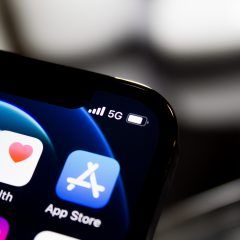